Los Telecaster are the new kids on the Venezuelan indie block, taking it right back to the Beatles and the Rolling Stones with their electric debut single "Dandy Boy", a homage to that eternal dandy David Bowie.

Front man and singer Alejandro "Ringomes" Gomez is joined on the track by Carlos Jose on bass guitar, Simon Mujica on drums, and Carlitos Del Valle and Jonathon "Kuamasi" on guitars.

Formed in 2003, the band made a splash recently in Mexico, where they have been hailed as the next big thing by MySpaceMexico.

"Los Telecaster", the band's eponymous CD, has just come out on the Venezuelan indie label Fan Zinatra and is available from Esperanto record stores in Caracas.

Melding surf guitar and rockabilly with Mersey Beat "oohs and aahs" the band follows in the footsteps of other Venezuelan indie bands such as Los Mentas, Los Javelin and, some would say, the sixties sound of Los Impala.

The video was shot by Luber Mujica on the stage of the Municipal Theater of Caracas, a historic cultural monument built in 1876. No footwear was harmed during the making of this video. 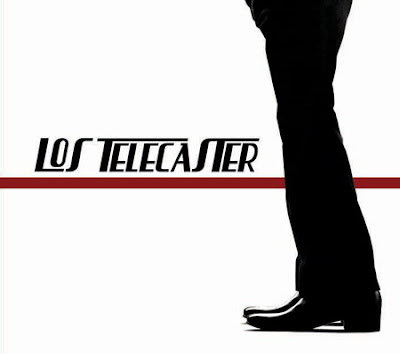 Posted by Russell Maddicks at 2:03 PM