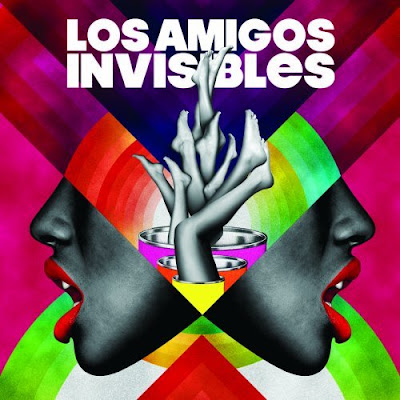 Oscar D'Leon is competing in the category for Best Salsa Album with his latest CD "Tranquilamente... Tranquilo", a triumphant return to top form.

Oscar will be going to head to head in the Salsa category with Cuban salsero Isaac Delgado and Gilberto Santa Rosa.

Los Amigos Invisibles are nominated for Best Alternative Music Album with their latest CD "Comercial" - featuring the single "Mentiras", a massive hit for the band across Latin America and the USA.

The 10th annual Latin Grammy Awards will take place at the Mandalay Bay Events Center in Las Vegas on 5 November, and fireworks are expected as the top talents from Latin American and the USA take to the stage.

A special Person of the Year award will be presented to the Mexican singer-songwriter Juan Gabriel.

The event will be broadcast live on the Hispanic channel Univision.
Posted by Russell Maddicks at 12:15 PM

There are a very many great artists nominated for the Premios Grammy this year but I want Los Amigos Invisible to win for Mentiras.

I really hope that Los Amigos Invisibles win this award. They really deserve it because they have revolutionize the sound of modern venezuelan music. LOVE THEM!!