Kotebel: Prog Rock from Beyond the Universe

Kotebel, the pet project of Venezuelan keyboard player and composer Carlos Plaza, will be coming to London on 23 August for a one-off show at The Peel, Norbiton's famous "Prog Rock" pub.

The band's neo-Baroque sound has been likened to The Enid, Camel and Gentle Giant, so expect to hear some celestial art rock with lots of jazzy noodling and operatic vocals.

Kotebel is often hailed as Spain's spaciest symphonic rock outfit, but Plaza, who trained in Venezuela as a classical pianist, also taps into his Venezuelan roots by incorporating traditional instruments such as tambores and cuatro.

Carlos lists his influences as everything from Pink Floyd and Jethro Tull to Bartok and Beethoven and describes the band's sound as "elaborate music that appeals to the mind and the spirit," leading to "a state of transcendence."

Kotebel began as an album project in Madrid in 1999. Since then it has grown into a full band with Carlos Acosta on flute and cuatro, Carolina Prieto on vocals, Cesar Garcia Forero on guitar, Jaime Pascual on bass and Carlos Franco on drums and percussion. Plaza's daughter Adriana, also an accomplished classical pianist, joins the band on second keyboard.

The band will be promoting their latest album "Omphalos", which one critic hailed as "a revelation for every genuine progressive rock fan". Now you know. 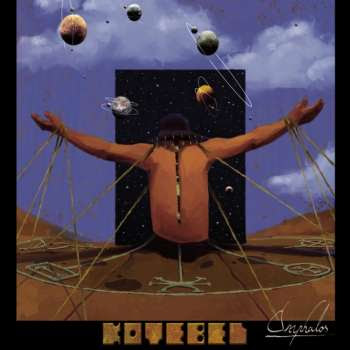 Posted by Russell Maddicks at 7:14 AM

I have seen Kotebel in Spain and they are a fantastic band. I thoroughly recommend it to all fans of progressive music to visit this gig in the UK.
The music of Kotebel is very spiritual and more like a symphony. They are not songs, more like classical music, some of the tracks are more than 15 or 20 minutes long. The singing is like opera, very uplifting and strange like from another planet. Thank you for bringing this news to Venezuelans and other rock fans.
Miguel.

Venezuelan music ?
Jazz, rock, prog, fusion, rock .. all of it