With the poise and attack of British bands like Franz Ferdinand and the Arctic Monkeys and the old-school punk swagger of The Clash and The Ramones, La Vida Boheme have brought a new sound and a new aesthetic to the Venezuelan rock scene. 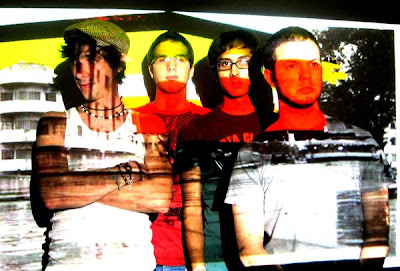 Posted by Russell Maddicks at 11:11 AM