A small singer with a big voice, Nana has performed in the past with Gaelica and Masseratti 2lts, but her solo effort stands on its own, thanks to Nana's smart, sassy, indie-chick attitude and some great songs.

The album, produced by Erik Aldrey and mastered in London by Richard "Dick" Beetham, also features some tracks in English as the singer felt the musicality of the English words better suited the sentiments she wanted to express.

The video, directed by Hector Orbegoso, shows Nana swinging around Caracas and takes her from a wind-driven Alejandro Otero sculpture to a spinning car wash.

Cadavieco has already presented the album in a series of shows in Spain and plans to come back to Europe in the new year after a tour of major Venezuelan cities. She may even come to London in 2010 if we're lucky.

To purchase a copy of the Nana Cadavieco's CD "Expose" click here: 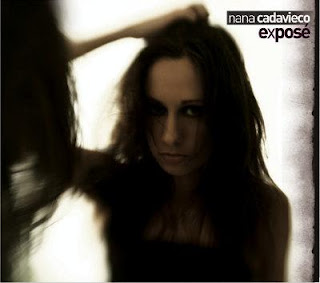